HOW FUNCTIONAL MEDICINE CAN REDUCE YOUR HEALTH RISK FROM COVID-19!
The bottom line is health experts expect that 60% of us will become infected with Covid-19 over the next 2 years. Many people will get it before there is a Vaccine. At the present time our most promising drug shortens our time in the hospital from 15 to 11 days, without reducing the death rate.

The most deadly flues H1N1, the flu of 1918, swine flu as well as many other deadly viruses have been genetically re-engineered and given to mice, other animals thousands of times so scientists could study these viruses to find out what makes them so fatal and what works to destroy them. Many of these studies have also been done on humans. Unlike drugs that have to be designed for specific illnesses. Most herbs and supplements that impact one type of influenza virus will impact all.  Many viruses we have treated before are similar to C-19.  We have studied corona viruses before too, 18-25% of the colds and flues we have had before were from corona viruses.  Here are some exerts for these studies you will find helpful.

For example, in a Double Blind, controlled trial Zinc Supplementation of 10 mg/d reduced the incidence of lower respiratory infection in infants and preschool children by 45%(1)

“Vitamin A contributes to preservation of airway function during and in recovery after upper respiratory infection in children. “ (2)

Vitamin D is so powerful that “each 10 n/ML increase in 25(OH)D was associated in a 7% reduction in the risk of infection.” (3) This is a very small dose, we usually recommend 5,000 mg for prevention of viral infections.

“The trace element Selenium stands out as probably the most important factor when you have to survive and recover from infection with HIN1.
In one study those with higher levels of selenium recovered in less than half the time of people with lower selenium levels. (4)

Whey protein has been shown to have inhibit every respiratory virus that we tested. (5)
“Testing clearly shows that curcumin interrupts virus cell attachment, which leads to inhibition of influenza virus propagation”

In one controlled study, such a lethal influenza virus was given to mice that It killed 100% of the control group. However, 60% of the mice given Resveratrol survived. The resveratrol group were also sick for a shorter period of time, and had fewer symptoms. (7) This shows that resveratrol can substantially increase the survival rate from even the most lethal virus.

In one study, the control group of mice were infected with an even more lethal deadly influenza virus that killed 100% of the control group within 11 days. At the same time, the group given a Licorice derivative all survived past 15 days and were considered recovered. (8)

In a controlled study on seniors involving N acyl-Cystine found only 25% of the NAC group developed the symptomatic form of an influenza virus while 79% of the placebo group developed symptoms. (9)

A probiotic combination in one study provided a test group with 73% reduction in incidence of fever – shortened length of illness and reduced symptoms. (11)

Another set of mice were given such a lethal influenza that 100% of the controls died, however the group taking the Beta Glucan (comes from mushrooms) survived at a rate of 60%. (12)

The above is a short list.  Covid-19 isn’t killing 100% of the people that get infected.   It is killing 1-3%, I studied probability theory.  I got an A.  The chances of your dying if you are taking a combination of these supplements are probably much lower than if you got a corona virus vaccine right now.  The chances of a vaccine being developed according to most scientific journals are slim.    Check out Dr. Vazquez protocol for combating Covid-19.  As far as I know he is the worlds leading expert on anti-viral strategies using functional medicine.  All our formulas have been developed through decades of clinical research and the experience of professional clinical Virologists. Some of them are variations of traditional Ayuvedic and Traditional Chinese medicinal formulas that have been used to treat illness similar viruses for millennia.

Doctors back in 1918 used some of these herbs during the Flu of 1918 some of them were very successful they wrote down what worked.  We have medical records of the doctors that were successful in treating viral infections going back for thousands of years.  Suddenly we are letting thousands of people die because of the tunnel vision of the people that are making public health policy.  Does it have to be a drug or a vaccine?  Where is the science?  Why are we throwing out all of our past knowledge, scientific studies and experience to wait for something we don’t yet have?  People are dying from ignorance while so called scientists get excited over antibodies in llama urine?   The best drug they have to test so far only decreases the time you are ill, not your survival rate. 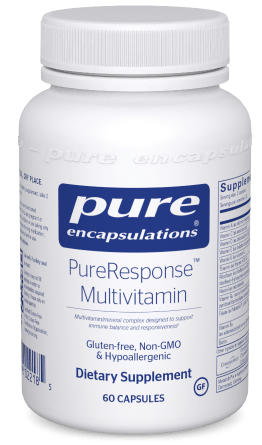 On a budget? You can still get a lot of recommended protection without spending a lot. Take more if infected. Depending on your health you could need a lot more of this.